I just wanted to share a few favorite images from my recent trip to Utah last week. While the main target for the workshop that I attended was Bald Eagles, they were few and far between at Farmington Bay along the Great Salt Lake due to the warm weather. Regardless the scenery was breathtaking with snow-capped mountains surrounding the lake. And there were plenty of birds to photograph ….

My main interest was the Grey Ghost, the nickname for the male Northern Harrier, a most stunning raptor that can be seen consistently in special places like Farmington Bay, but close-up flight photos are a long shot as the birds canvas huge swaths of marsh and field when listening for mice stirring below. On a good day the bird may be in camera range for all of 15 seconds…. and I did get a quick fly-by on the second day of the shoot and was thrilled but was hoping for more of a habitat shot. By the Grace of God a conversation was struck up with another photographer at Farmington who spoke of great concentrations of harriers and other raptors on Antelope Island, not too far away, a state park within the Great Salt Lake accessed by a long narrow causeway where I was told harriers would be patrolling.

Sure enough, we spotted 3 Grey Ghosts cruising the strip but they would veer off when the car approached. The next day we tried again and this time I spotted a male drop down in the brush along the road and was determined to find him as he may have a mouse! Fortunately he picked a spot to eat his mouse in front of a bush and not behind as we would not have been able to see him from the shoulder. Before this I was able to pull the car over and let him approach the car while I got some nice flight shots of hunting low to the ground. Getting close-ups of the Grey Ghost was an answer to a prayer launched almost 2 decades ago!

All in all it was a most memorable trip to Utah….. loads of singing Meadowlarks, Kestrels everywhere, my first Rough-legged Hawk, flocks of Starlings landing on the backs of Bison grazing on Antelope Island (and yes there were pronghorn here too!), California Gulls snatching fish from the marsh, and thousands of Tundra Swans making a pit stop at Bear River NWR on their early northbound migration. Thank you God, once again! 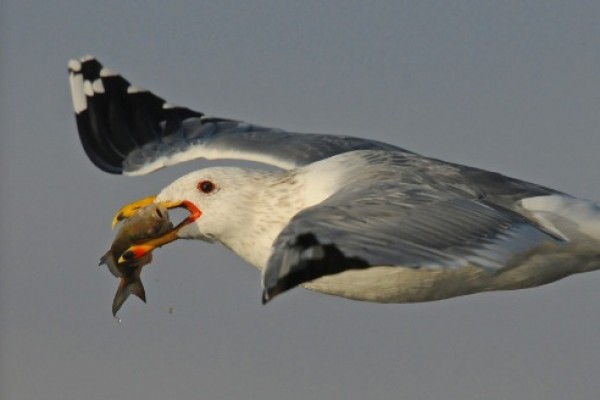 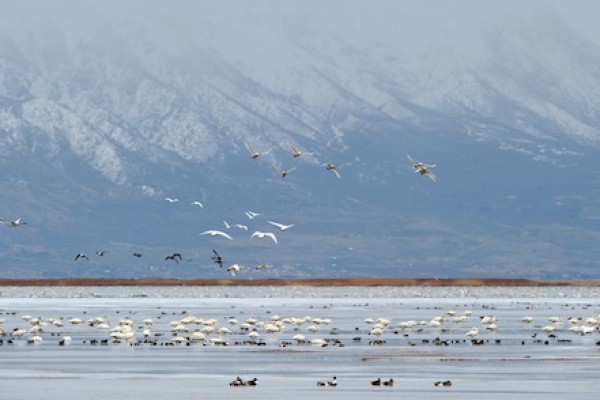 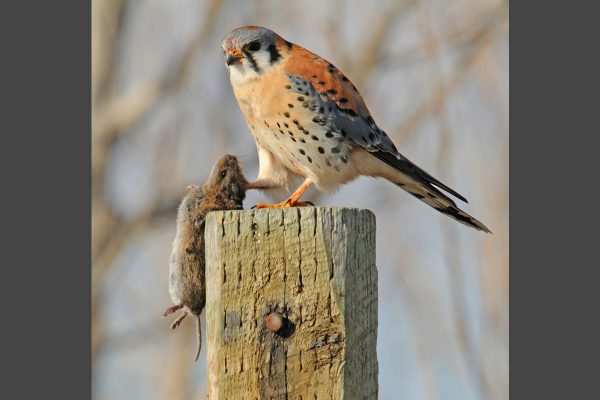 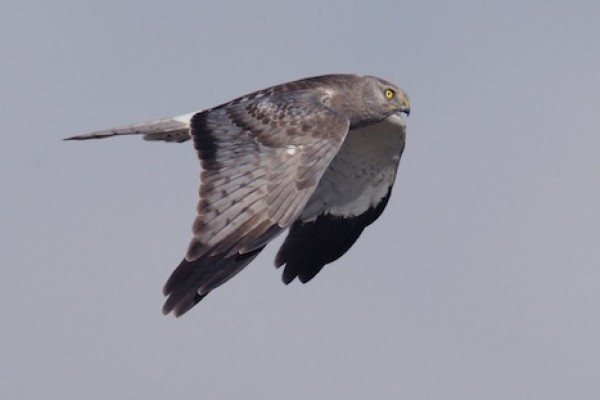 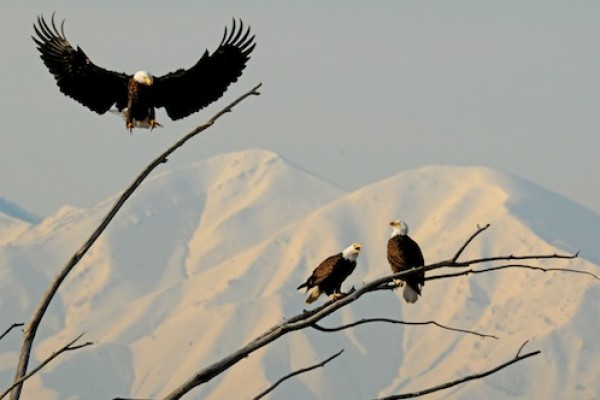 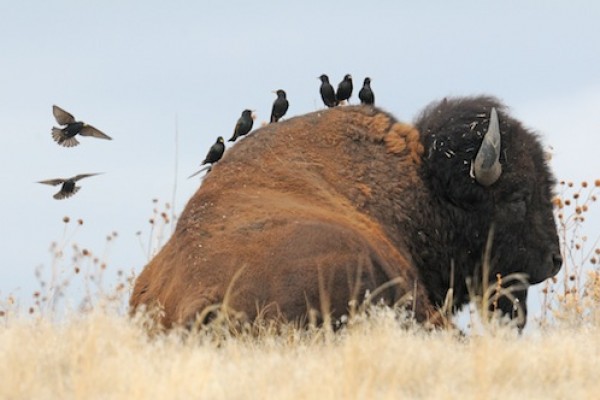 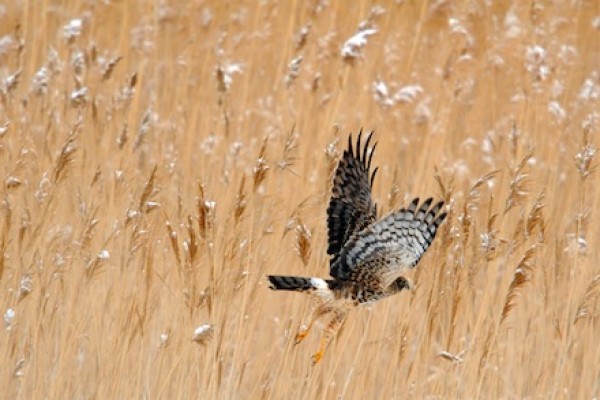 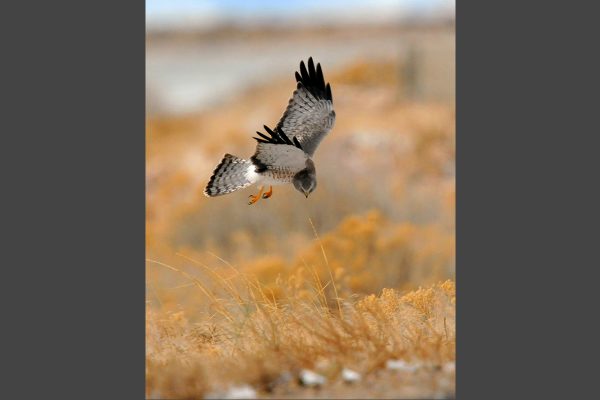 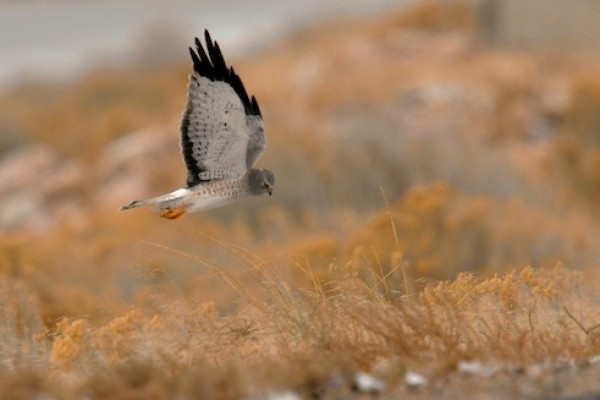 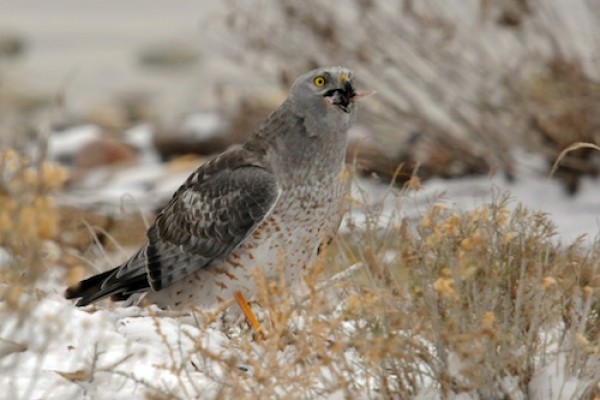 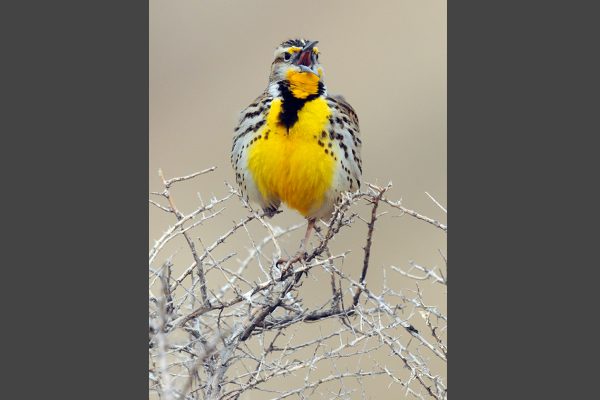 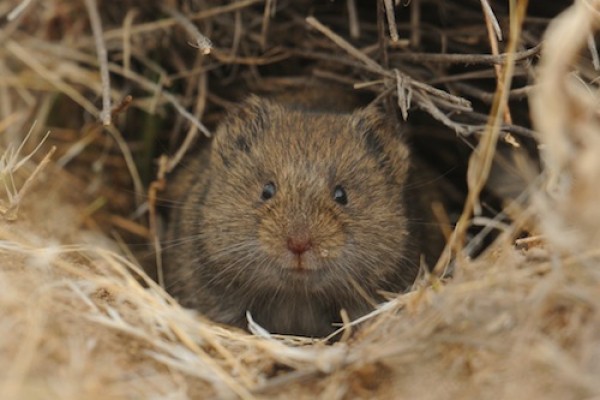