The birds of Victoria are among the “friendliest” I’ve encountered in my travels across North America.  I recently attended a Glenn Bartley wildlife photography workshop in the British Columbia capital, and despite the typical gloomy winter weather of the Pacific Northwest, the magic moments rained in all week!

My primary interest was ducks in flight, and Glenn, an accomplished Canadian photographer and tour leader, had just the spot. At Esquimalt Lagoon, the Northern Pintail, Bufflehead, Common Goldeneye and American Wigeon are quite acclimated to the locals, especially those with food! With the sun at our backs on two mornings, the ducks were “run” between two feeding stations while we clicked away hundreds of flight images. The pintails were full frame! The divers were not quite as predictable, but on a few occasions we had Bufflehead and Goldeneye flying in for the feeding frenzy. It was especially challenging to keep the tiny and supersonic Bufflehead in the frame. To my delight a few frames were sharp and captured the drake’s purple and green iridescence. Thank you God!

Esquimalt Lagoon is also home to swans, mostly the orange-billed Mute Swan, a native of Europe. Several pairs were engaged in courtship display, arching their angelic white wings over the back. In one split second, the heads of one pair crossed to form a heart, a most fitting symbol for these lovebirds! A lone Trumpeter Swan also winters on the lagoon, and he gave me a glorious wingflap sequence while preening on the beach. I love all the detail in the whites, something that digital photography highlights beautifully.

Before the group tour commenced I made a solo journey to Qualicum Beach (about two hours north by car) where Glenn said that I would likely encounter all three scoter species at close range. Just as I arrived for the noon high tide, the gray skies parted and the sun broke out, turning the flat water a heavenly blue which is very important for photographing mostly black ducks. At Qualicum there’s plenty of shellfish, and the ducks are used to locals walking on the beach, so I was able to position myself to intercept the rafts of mostly Black Scoters fishing the shallows. Several White-winged Scoters also joined in and surfaced with big clams in their bills. This I waited a long time to see, as I remember passing a raft of scoters in California, but too far away to shoot. Those big orange knobs on their bills are dashing, but little did I know that I would have to wait 12 years to see up close!

Back to the workshop, our group of four was treated to great opportunities on each day; even the overcast days held surprises. Most unusual was a male Anna’s Hummingbird (in Canada in February!) defending territory. Other treats were feeding Black Oystercatchers, a preening Common Merganser, Glacous-winged Gulls diving for huge clams, a friendly raft of the exquisite Harlequin Duck, and a Common Goldeneye hauled out on rock at close range.

North of Victoria there is a splendid temperate rainforest called Goldstream Park, with a lovely whitewater stream framed by old growth trees covered with green moss and patches of ferns.  American Dippers love this place, and I was excited to have another chance to photograph these most uncharacteristic waterbirds, having gotten some okay shots a decade earlier near the Oregon Coast. Just as Glenn promised, there were a few little dark gray dippers working the rapids… plunging in, zipping here, zooming there, always on the move. And there was virtually no light to work with! Regardless, I had this inspiration to make a wispy river habitat shot at 1/10 a second exposure with a 600 mm lens on a monopod! This was a most ambitious shot for such a spastic subject as the dipper, but I could see the shot in my mind. I must have clicked off a hundred pictures when he entered the rapids, knowing that the bird would blur for most shots and my own movement would mess up other shots at a very slow shutter speed. By the Grace of God alone, a few shots were quite interesting. Viva Victoria! Long live the Queen!! 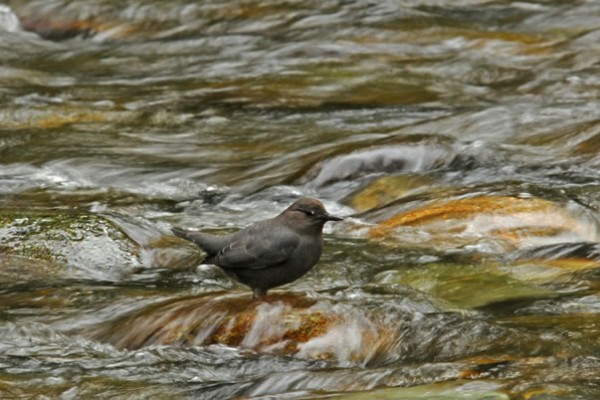 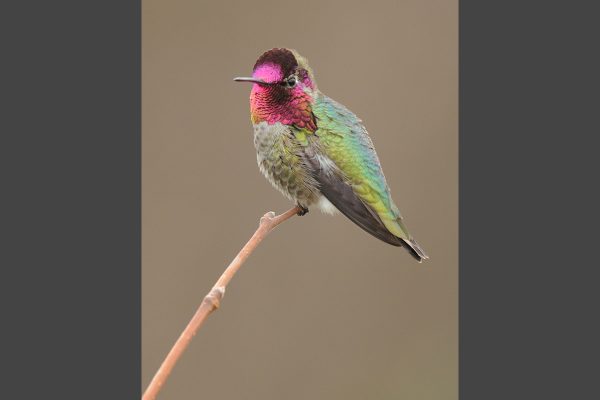 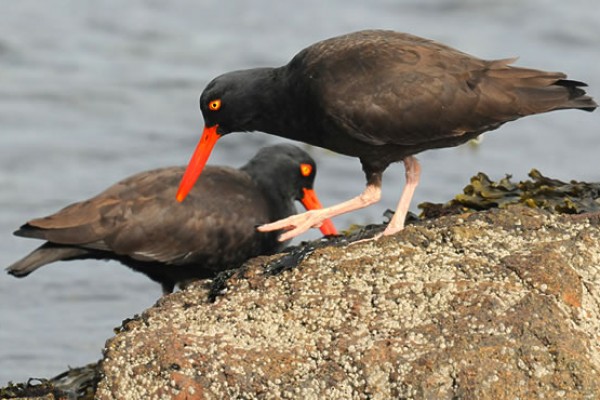 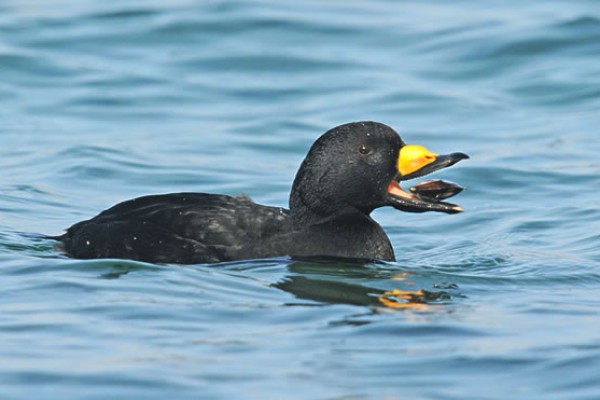 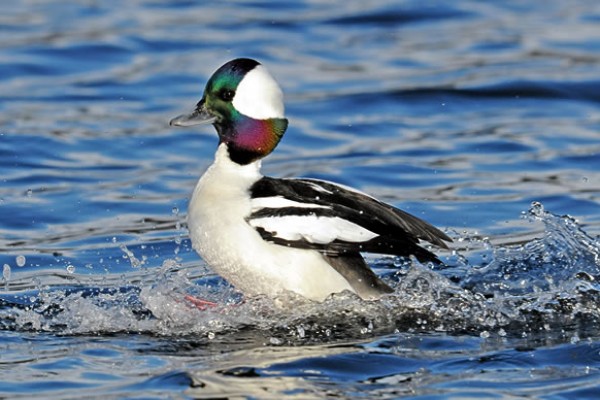 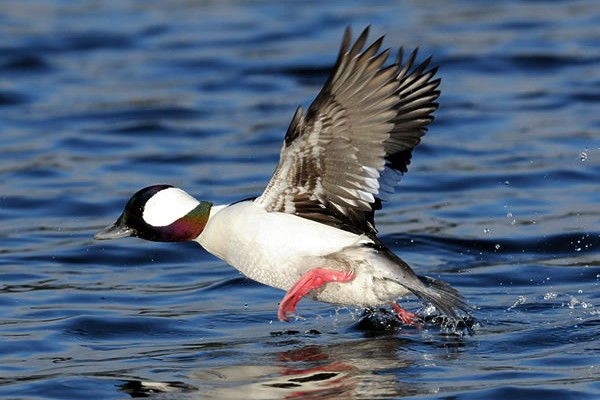 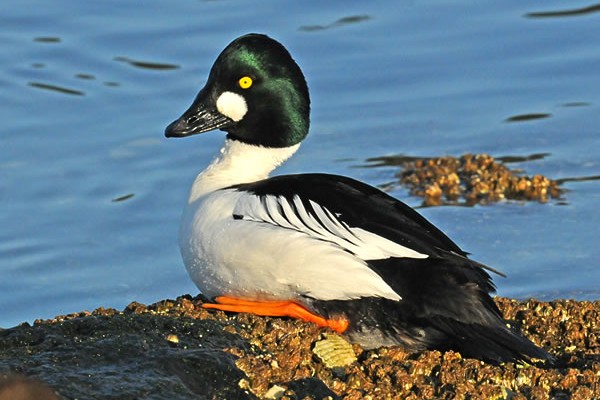 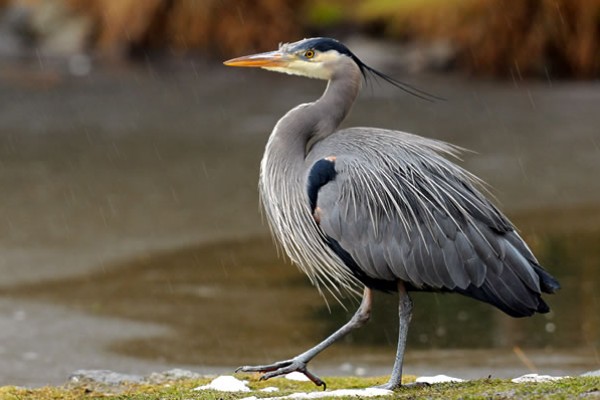 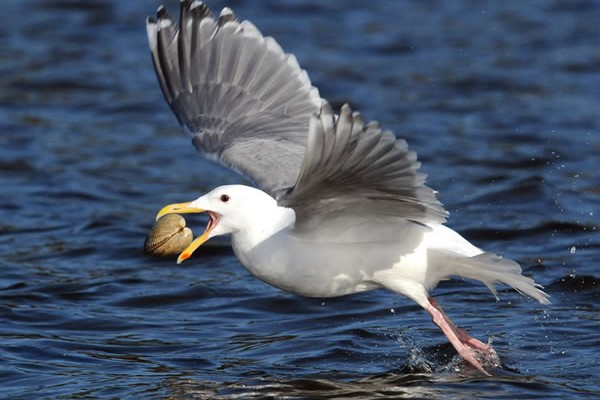 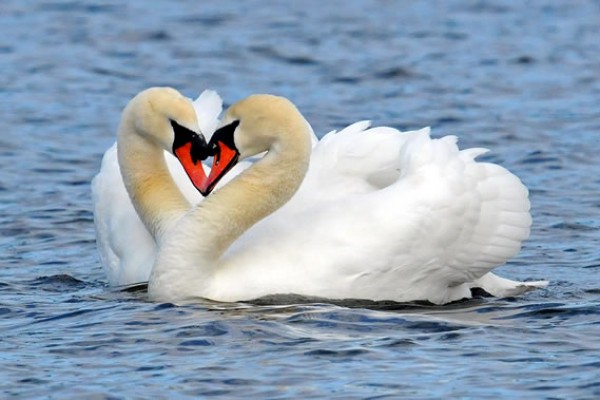 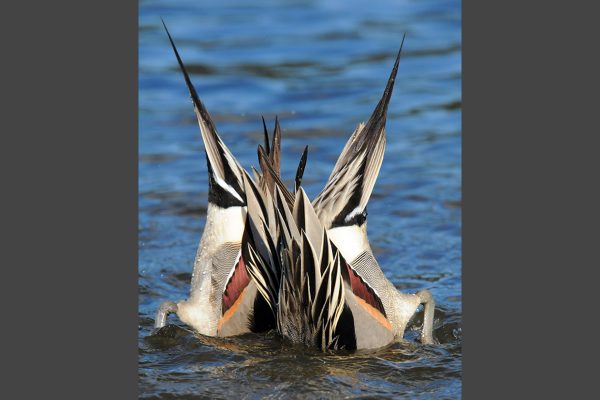 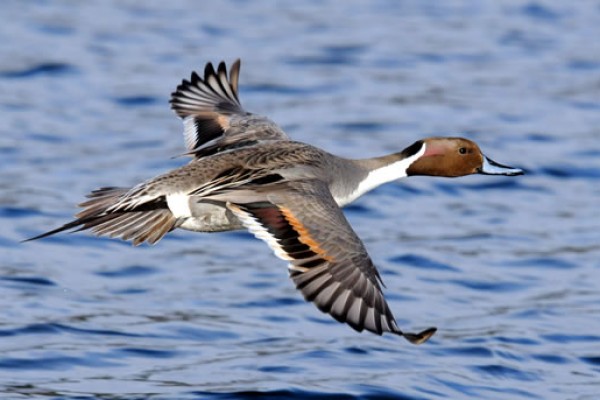 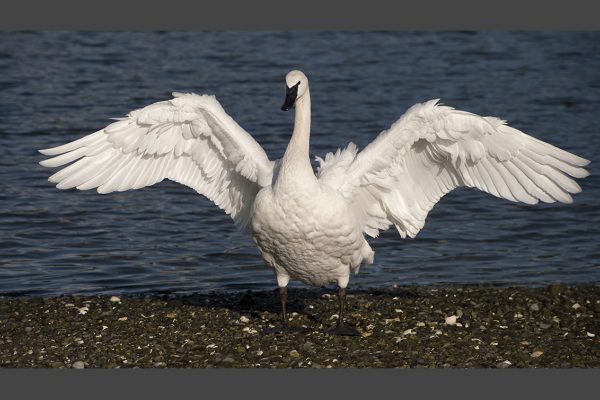